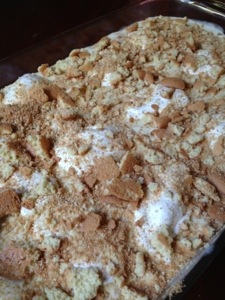 Sometimes it takes me a while to realize things about myself. Like discovering at the age of 35 that I really don’t care for raw broccoli. Shocking, right? I hate that you chew and chew and chew and it never gets smaller or goes away. I feel this dings my reputation as a well-rounded and healthy eater, but there we are.

Along the same, albeit less-healthy, lines, I thought I loved banana pudding. I’m not going to claim something as sacreligious as not loving banana pudding, but something about it interfered with a full-fledged adoration. And then I figured it out. It wasn’t the soggy Nilla Wafers – those are heavenly. Nor was the pudding itself troublesome, whether it was banana flavored, vanilla, homemade or from a quick mix box. No. It was the dang bananas. They get brown. And mealy. And the mouthfeel is just terrible.

So how does one go about rekindling a love with Nanner Puddin’ when the issue is with the nanners? I’ll tell you! You mash those things to smithereens and blend them with the pudding. And look the heck out, because those mashed bananas are so much sweeter and more flavorful than weak, mealy banana slices.

This method was developed by one of my dearest, most Southern friends whose dedication to tracking down the best banana pudding through tireless experimentation (one recipe called for roasting the bananas first) and testing rivals any first-class research lab. Salute her hard work with a bowl of this layered Southern Tiramisu. 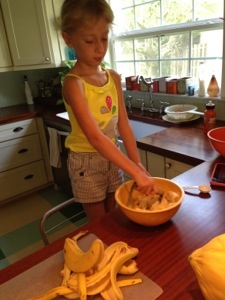 Mash the four bananas with a fork or a pastry cutter until smooth. Set aside.

In a separate large bowl, make pudding according to package instructions. 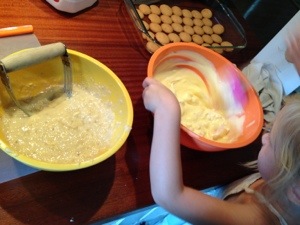 Fold the mashed bananas and half of the Cool Whip into the pudding. 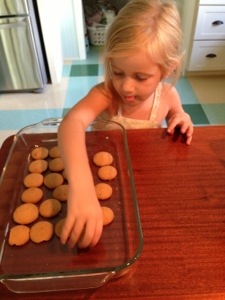 In a 9 x 13 dish, neatly place the vanilla wafers in one layer. Gently spoon half of the pudding and banana mixture over the cookies. 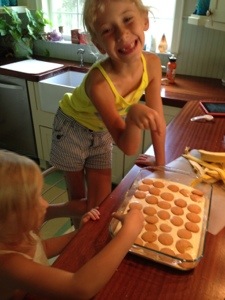 Place another neat layer of cookies on top of the pudding; there should be a handful or two of cookies remaining. Follow with the rest of the pudding mixture. Spoon the other half of the cool whip on top.

Crush the remaining vanilla wafers and sprinkle them evenly over the dish.

Refrigerate for at least two hours, preferably longer, until the dish is chilled through and set.